Melissa Gilstrap, where I feature 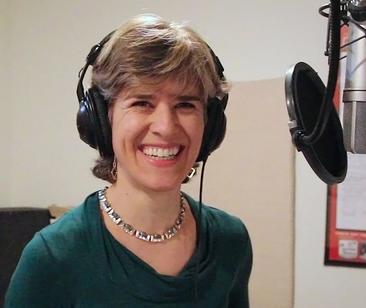 "Melissa Gilstrap wears many hats when it comes to music. Composer,

lyricist, record producer, vocalist, you can list them all. What amazes

me is that she excels at each one. I have had the good fortune to

CDs as well as on recordings by other artists. The lyrics she created for

these songs are astonishing in their originality, with subject matter

that is far from ordinary. She has recently contributed her talents to

a recording project with the late, great guitarist, composer, Tom

Giacabetti. Melissa acted as producer of this CD as well as lyricist,

vocalist and even as guitarist on one of her original instrumental

compositions. I could go on and on, but suggest rather that you

check her out for yourself.”

Called “a brilliant songwriter” by WRTI 90.1 FM Philadelphia Jazz Host Jeff Duperon, Melissa Gilstrap is a multi-talented lyricist with a passion for music and art.  Her most recent work as a lyricist is showcased in the late guitarist Tom Giacabetti’s September 2016 CD release that she produced, “Tender Heart: Songs Of Tom Giacabetti And Melissa Gilstrap.”  Six songs with her words are premiered on the CD by the outstanding vocalists Denise King, Joanna Pascale, Sharon Sable and Paul Jost.  Her songs are earning praise:

“Gilstrap's lyrics hover somewhere between wistful jazz standards and cultured language, the latter reflecting her interest in poets like Emily Dickinson, Rilke, and T.S. Eliot.  Her words are artfully tailored to the music, and her sensitive use of vowel sounds (almost a lost art) allows the singers to achieve fluency and full vocal sonority. The flowing quality of the words and music gives the songs a feeling of familiarity like a jazz standard rather than sounding like a new piece that one must stretch to appreciate.”
–Victor L. Schermer, AllAboutJazz.com

Tom Giacabetti also expressed appreciation to Melissa:  "So, I’ve spent the better part of today focusing on your lyrics.  I understand better now how each word you write is more than an art form. It is the essence of being and making music really mean something and come to life. You are a consummate musician!"

Over the past 10 years, Melissa has written songs with the great tenor saxophonist Larry McKenna that received praise from fans, critics and jazz radio hosts.  Their debut song on Larry’s “Profile” CD, “Perhaps This Wintertime” premiered by Nancy Reed, was hailed by one critic as “destined to become a jazz standard.”  This ballad has been recorded by The Hot Club Philadelphia with Denise King and by Mary Ellen Desmond and performed by several others, including Lisanne Lyons in Florida and Jackie Ryan on both coasts.

More recently, the McKenna/Gilstrap bossa nova “One Falling Tree” sung by Joanna Pascale on Larry McKenna’s “From All Sides” CD that Melissa co-produced was voted the #2 song out of 100 for 2013 by listeners of WRTI, who also voted it onto the station’s “Hot 11 Countdown” of favorite new releases for 18 consecutive weeks, with four weeks at #1.

In 2014, rising star Philadelphian saxophonist and composer Sam Greenfield commissioned Melissa to write lyrics for one of his songs.  The result of their collaboration, "Some Stars Above," was debuted by another rising star, vocalist Alita Moses, winner of the 2014 Montreux Jazz Vocal Competition in Montreux, Switzerland.  Alita Moses has also publicly performed "One Falling Tree" and "Friends For A While," two McKenna/Gilstrap songs first premiered on Larry McKenna's "From All Sides" CD.

Musical from an early age, Melissa studied classical piano for 10 years and classical clarinet for eight years, performed and competed in many concerts, competitions and festivals through high school, and earned a merit scholarship as a teenager to study clarinet at The Levine School of Music in Washington, D.C.  She continued to perform clarinet in college and deepened her knowledge in several music appreciation courses, including History of Jazz.  She sings on two songs (”Batidinha” and “Japama”) and performs a guitar duet with Tom Giacabetti (the song “Like The
Sky” that she composed on piano and he arranged for two guitars) on his new CD, “Tender Heart: Songs Of Tom Giacabetti And Melissa Gilstrap.”

A busy corporate lawyer in Philadelphia, Pennsylvania for many years, Melissa has consistently found time to pursue her lifelong passions for art and music.  She has always loved to draw, and her work as a child and young adult won many awards.  She has also developed her skill in photography with numerous darkroom courses, and her work has appeared in several shows including the prestigious Photography 20 show at The Perkins Center for the Arts, Moorestown, New Jersey.

An avid concertgoer, today she is known in Philadelphia jazz and classical music circles for drawing hundreds of musicians in live performances, and many of the world’s leading classical and jazz artists have signed these portraits. Her artwork graces the covers of tenor saxophonist Larry McKenna’s jazz CDs "Profile" and "From All Sides" and guitarist Tom Giacabetti's jazz CD "Tender Heart: Songs Of Tom Giacabetti And Melissa Gilstrap."  In addition, her photography is featured on the cover of jazz bassist Lee Smith’s jazz CD "Sittin’ On A Secret."

In 2020, Melissa would have exhibited three drawings in the juried show "An Ode to the Instruments of Jazz" (Richard J. Watson, juror) and a photograph in the show "Emerging Jazz Showcase," both presented by the City of Philadelphia's Office of Arts, Culture and the Creative Economy in the Philadelphia City Hall art gallery, but these exhibitions were canceled due to the COVID-19 pandemic.  She was also invited to participate in the exhibition "Music to My Eyes" at New Hope Arts in New Hope, PA.

In 2019, Melissa was invited as one of 6 artists to create an installation in the jazz-inspired art exhibition "Reflections" in Philadelphia City Hall (March 28 - May 24).  Her installation included 35 drawings of jazz musicians, a video, and artifacts about her songwriting and CD collaborations with Larry McKenna and Tom Giacabetti.  Several of Melissa Gilstrap's musician drawings also were shown in the juried art exhibitions "Transforming Jazz: A Visual Journey" (2018) and “All That’s Jazz” (2015) at the Philadelphia City Hall Art Gallery.  In addition, her photography was shown in the juried photography exhibition "Live Philly Jazz – Through the Photographic Lens" (2016) and the invitation-only exhibition "Live Philly Jazz Vol. II" (2017) at the Philadelphia City Hall art gallery.  Her artwork also resides in private collections.

Some of Melissa Gilstrap's musicians drawings may be seen in the CD cover artwork and two videos below that she created.  At the bottom of this page is a list of many of the classical and jazz musicians she has drawn in live performance. 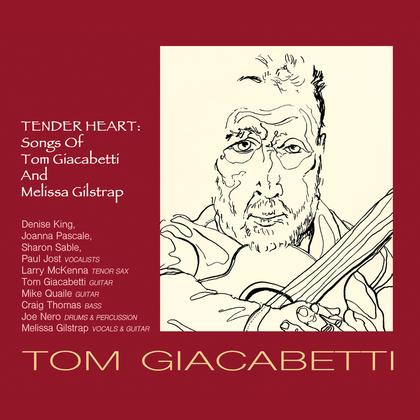 Get ready to scroll!  Below is a list of many of the classical and jazz musicians that Melissa Gilstrap has drawn in live performance over the past 20 years. 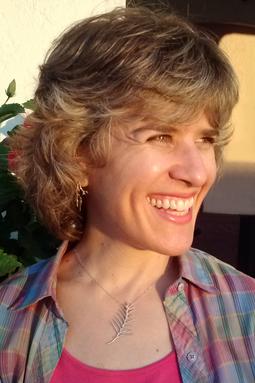 Read more about the "Tender Heart" CD at its Facebook page:  https://www.facebook.com/TomGiacabettiCD/ 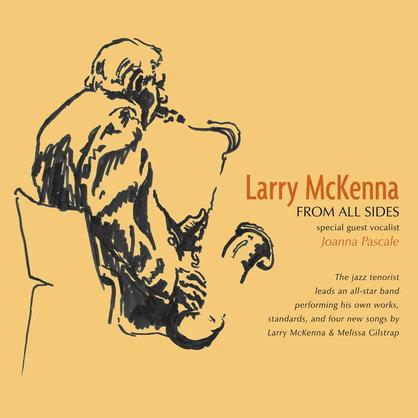 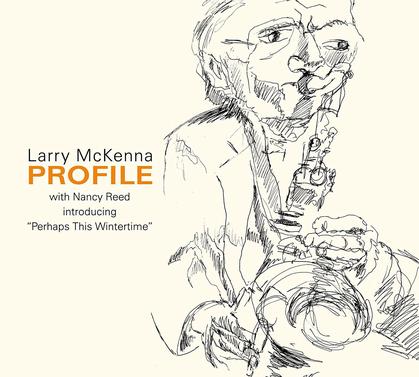 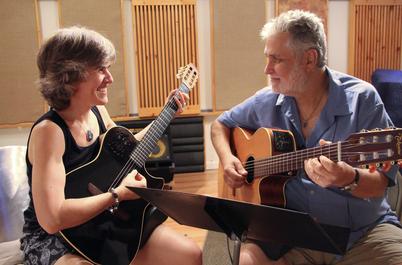 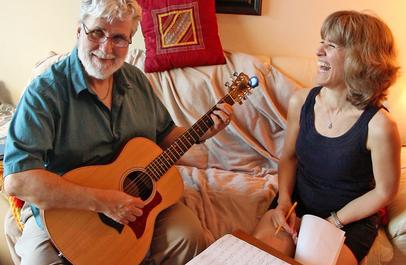 Here's our Number One song, "Fantasy Of You And Me In Love":

"Tender Heart" is available at AMAZON.com and iTUNES.

NEWS:  I'm now on the NPR Live Sessions website!  "One Falling Tree" and "The Close Things" by Larry McKenna with my lyrics are performed on video by The Larry McKenna Jazz Orchestra, and my drawing of Larry McKenna is featured on his bio page.

Welcome to the website of Melissa Gilstrap, Artist and Lyricist!

Please check out my latest project, the jazz CD "Tender Heart:  Songs Of Tom Giacabetti And Melissa Gilstrap"!  I had the honor to collaborate with the late great Philadelphia guitarist Tom Giacabetti, writing lyrics to many of his instrumentals and producing his first CD before he passed away after a prolonged illness in Dec. 2015. Performing with Tom are vocalists Joanna Pascale, Denise King, Sharon Sable, and Paul Jost, with the legendary Larry McKenna on tenor saxophone, Mike Quaile on guitar, Craig Thomas on bass, and Joe Nero on drums. Thanks to Tom, I make my singing debut and also play a guitar duet with him that I composed and he arranged.

​"When will such beguiling performances as these be properly recognised? Indeed, when will music so perfect in melodic pleasure and grace receive its just deserts? These are some thoughts that boggle the mind."
-Raul Da Gama, WORLDMUSICREPORT.COM

NUMBER 3 SONG OF THE YEAR, OUT OF 100!!  "Fantasy Of You And Me In Love" written by Tom Giacabetti and Melissa Gilstrap and sung by Joanna Pascale was listener-voted # 3 in the 2016 Jazz 100 Countdown of favorite new releases at WRTI 90.1 FM Philadelphia!!!  It was also voted NUMBER ONE favorite new release for 5 weeks in a row in the weekly WRTI Hot 11 Countdown, where it spent 13 weeks overall!!!  (Scroll down for a video)